Skip to content
You can’t drink ruins. But when you drink a beer, you are essentially drinking archaeology. Beer is a tangible, tastable manifestation of human history.
Why is beer like archaeology?
If weighed on a scale of earnestness and nerdiness, my passion for beer and archaeology would measure about equal. I studied in Greece with archaeologists, visited the tombs of Egypt, and saw many sites behind the scenes with scholars. When I saw that most archaeologists catalog pieces of dirt and bones indoors all day, I backed off from the career path, but continue to plough beneath the surface of the typical tourist experience when I visit places with rubble.
The Orkneys are an archaeological wonderland, with live digs happening all over. We got treated to some insider peeks at works in progress… 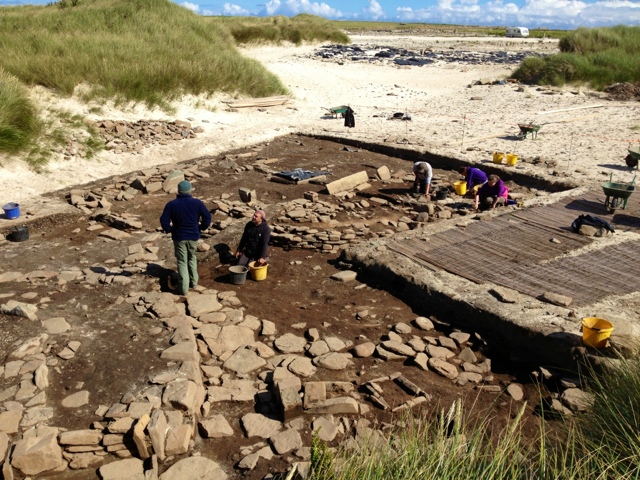 This beachside site on Westray Island was striking to look at, right in the dunes. Beach erosion exposed the Neolithic site just a few decades ago… 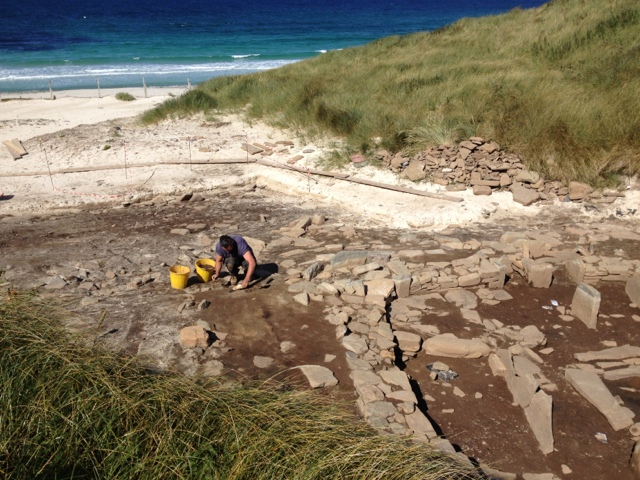 On the main island we have the UNESCO sites of the Standing Stones of Stenness: 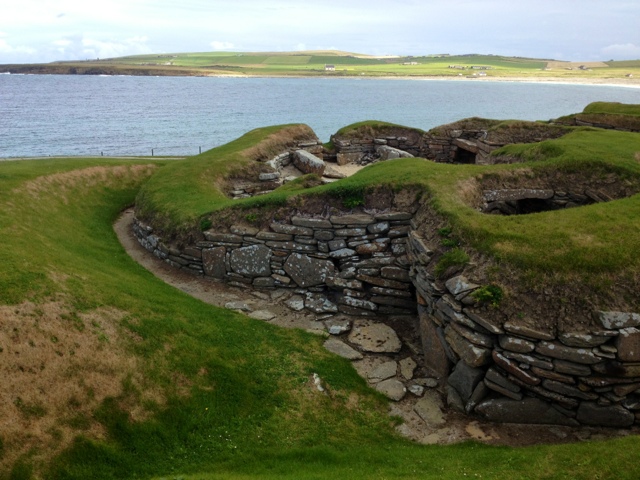 One of the distinguishing features of Scara Brae is the presence of built-in furniture. This is just the way they found it when the village was unearthed. Those shelves: perfect for holding beer.

And the most famous ongoing dig on the entire British Isles, the Ness of Brodgar.

Eventually some scholars will claim to know what really happened here in Orkney and piece together a version of what life was like 4 or 5 thousand years ago. Was beer brewed? Some archaeologists want to believe everything had a ceremonial purpose, but the people who lived at places like this were probably just ordinary people living their lives. Drinking beer, just like us.

The Orkney Brewery carries on the tradition just fine. Although if I were you, I’d skip the overpriced tour of the brewery, which offered little new insight and no access to the elite beer Dark Island Reserve. Instead, pull up a seat in the sizable tasting room and drink to your heart’s content. All are available in taster or full pint size. You can also buy a bottle of Dark Island Reserve, for about £20.

While you drink, you can admire your surroundings, as the brewery is situated in an old schoolhouse. The Orkney Brewery is also proud of the fact that beer and archaeology are best buddies. In their parking lot, they have erected standing stones as an homage to the island’s rich ancient heritage.

is located in a former schoolhouse in Quoyloo 1 mile from Skara Brae, the Neolithic heartland of Orkney

The Orkney Brewery Ratebeer entry offers a full listing of their products.