Aberlour, Scotland is a major waypoint on the Speyside Way long distance walk.  It also happens to be home to Walkers shortbread. Here’s the short and long of Day Five. 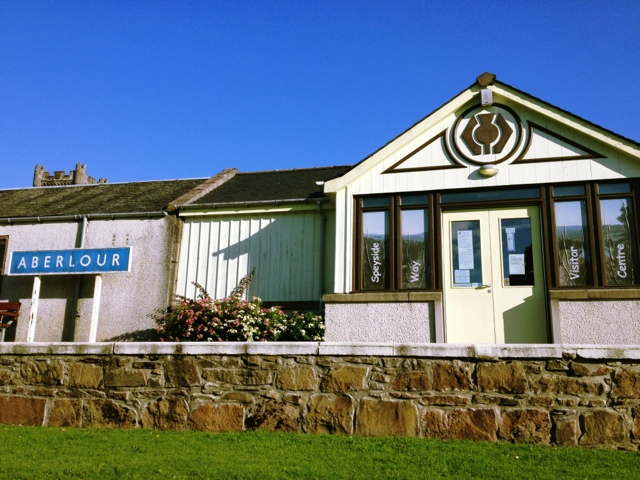 Expecting a tourist trap with piped-in bagpipe music and tartans tarting up the walls, I was pleasantly surprised to find Walkers bakery shop has a homey shopfront on Aberlour’s high street. 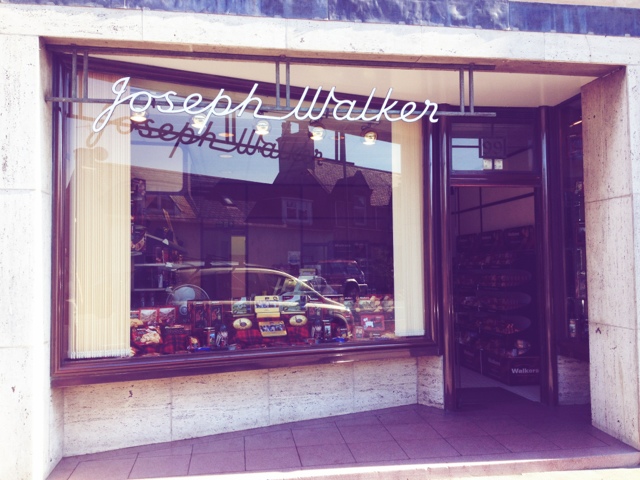 If you didn’t know how good the stuff was you could easily walk on by the grandmotherly presentation.

But how tasty are those 32% butter bombs? With just four ingredients (wheat, butter, flour, salt), they put other biscuits to shame.
The prices at Walkers (no relation to Johnny) are as good as the shortbread. Serving the community instead of letting their fame ruin the brand. For £2 you can buy a giant 500g bag of shortbread. £2! 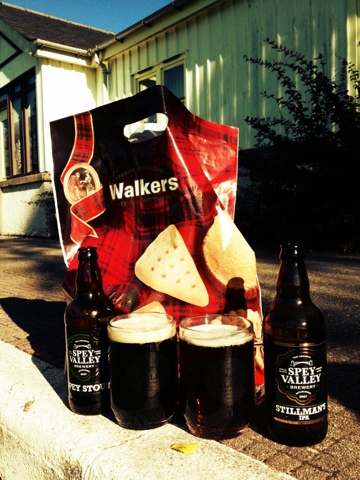 We can barely fit another band-aid in our packs so only bought a small packet of shortbread and a packet of oatcakes. The latter we devoured with a chunk of Scottish artisan smoked cheese procured from the unmissable Spey Larder–a food market that could stand its ground in Edinburgh. In fact, the Spey Larder was better stocked than any restaurant in town so we decided to have a self-constructed ploughman’s platter for supper in our room overlooking the fastest river in Scotland. 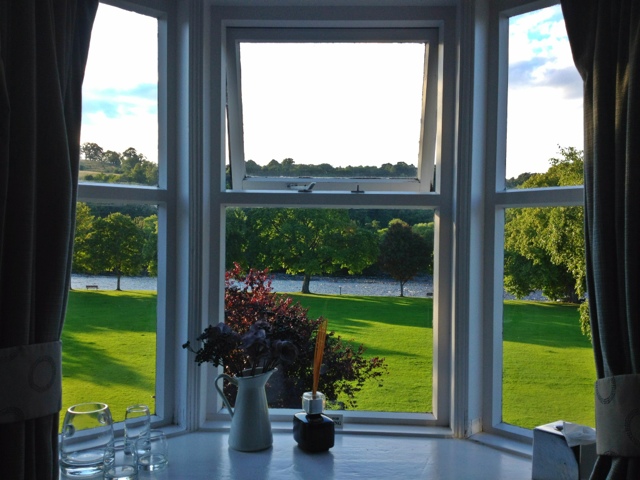 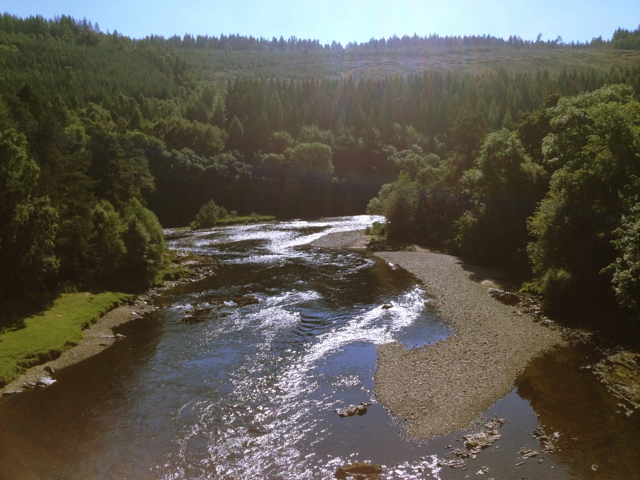 We visited two distilleries by noon, starting with Cragganmore for a 9:30 AM tour. 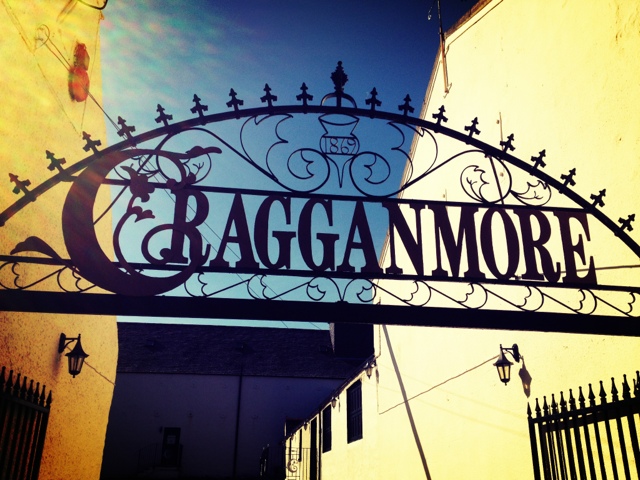 A keen couple from Edinburgh was on the tour, and because it was just the four of us, we got to talking. Kimberly and Julian offered us a ride to the nearby Cardhu distillery. Before we left, Cragganmore gave us a wee nip of the 26 year-old sherry butt. We all swooned.
Once at Cardhu, a fire alarm sounded and staff herded us outside with the cattle. 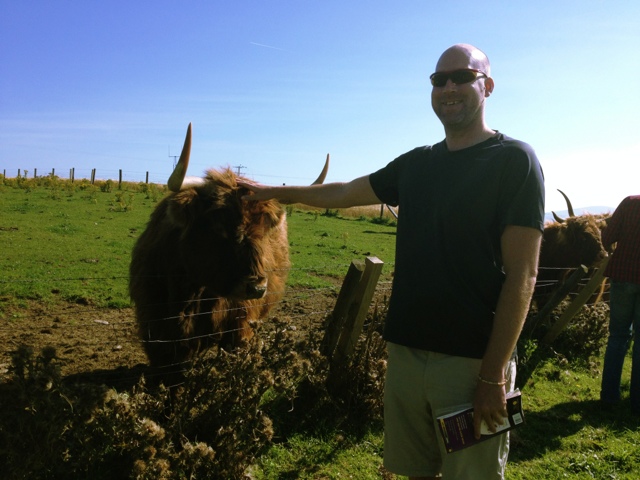 Kimberly and Julian dropped us back at the trail after a full flight of Cardhu and we commenced todays’s walk of only 8 miles. And it was sunny! And there were no clouds in the sky! A first for Scotland? It felt amazing and lasted all day. Only Josh can get a sunburn in Scotland, and he did.
In Aberlour we are staying in the sweet but overpriced Mash Tun, an icon in the town built in the late 19th century. 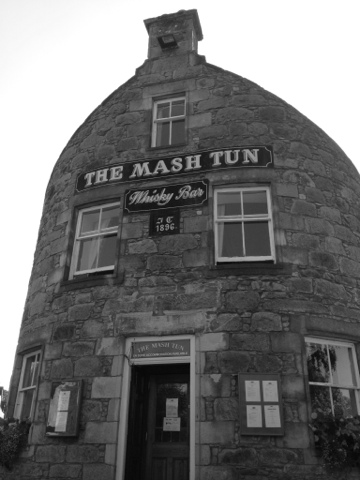 This is Scotland’s whisky heartland. Today we visited two distilleries before noon, but walked by at least five that are not open to visitors. Tamdhu, Knockando, and Imperial were right on the Way. 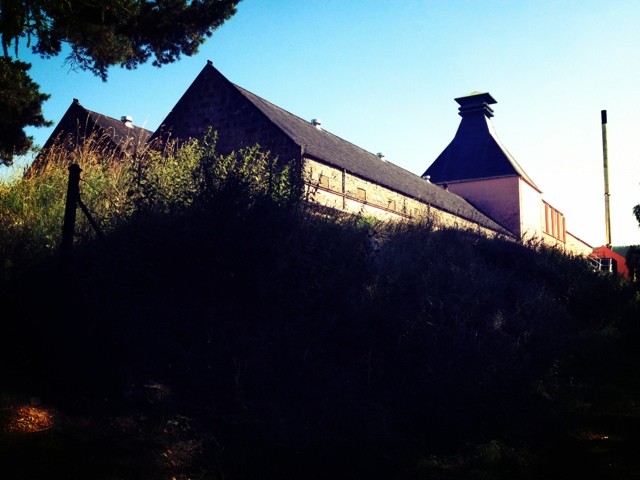 Tomorrow we have a noon tour booked at Aberlour distillery, followed by a five mile walk to Dufftown. And that’s tomorrow’s story. 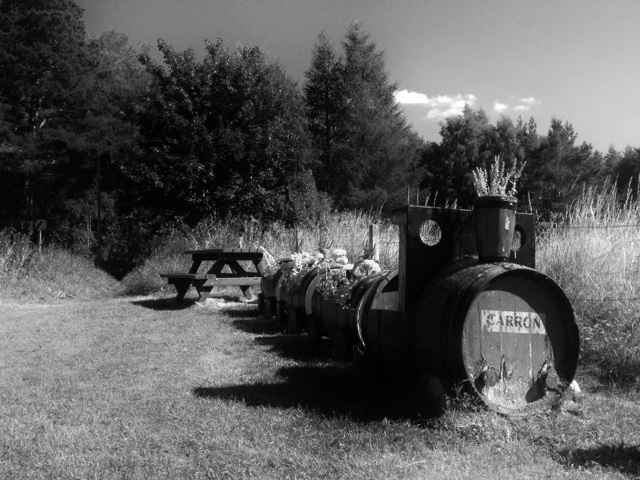