The seaside community of Buckie was named after the founder’s dog, a Scottie. 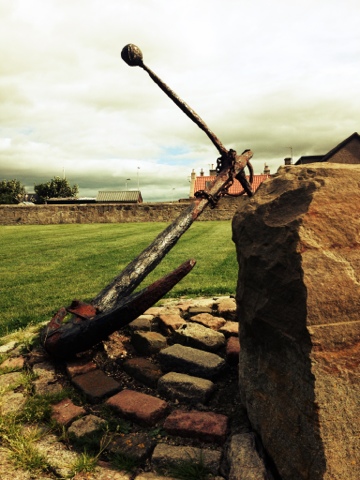 I jest.
I haven’t the slightest why the town is named Buckie. 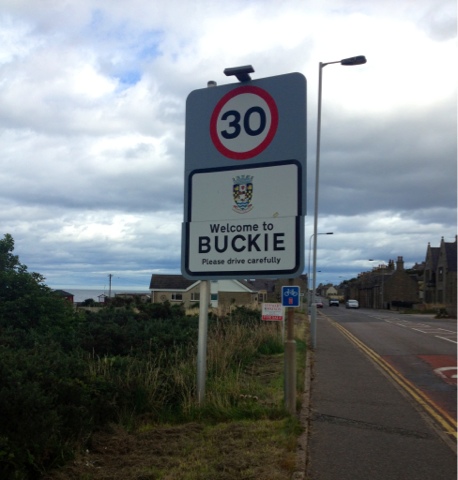 The area actually used to be called Nether Buckie, which is an appropriate name for a foresaken place. 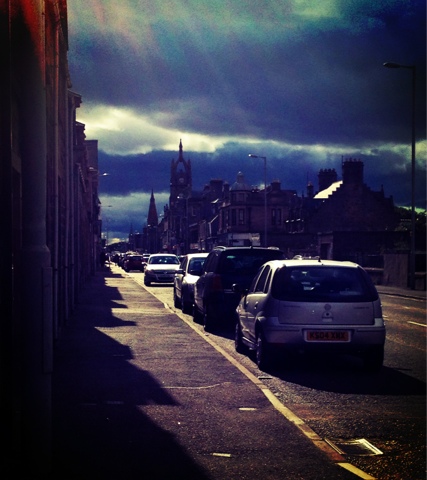 This town architecture is not so bad, but the town resources are. We had to take a public bus to the next town over just to find a decent pub and meal. It cost £16 return for the two of us, but the alternative was worse.
We went to the Thistle Pub here in Buckie, and asked to try the local whisky. Finding whisky in Scotland, particularly local brands, is always easy.
Just not in Buckie. The barmaid popped her chewing gum (people still do that here, just like they still eat beef stroganoff) and said, “Never heard of it.”
“You’ve never heard of the whisky made in Buckie?”
“No.” Shrugs shoulders. Rolls eyes. Cracks gum.
So we spent the £16 and took the bus twenty minutes up the coast to Cullen, “Home of Cullen Skink.” It says that on the sign entering town. 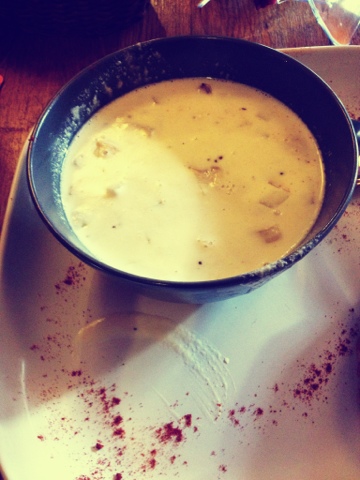 Cullen Skink is one of Scotland’s national dishes, a rich smoked haddock cream chowder.
The one I tried at the Three Kings in Cullen was one of the best I had. It had better be, in the “Home of Cullen Skink!”
Unfortunately nothing else we ate was best of anything, remotely. 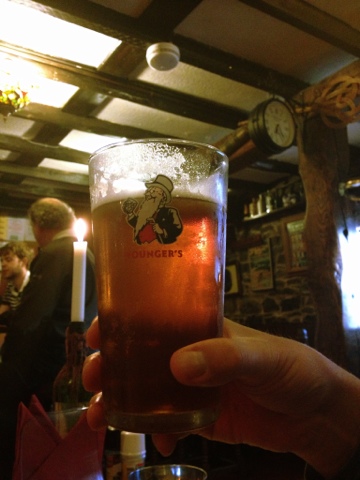 The Three Kings is in the Good Beer Guide too, but in Scotland, that doesn’t mean much outside of the big cities. Unfortunately, not surprisingly, the beers were not in top form at the Three Kings.
Someone needs to teach the Scots about proper beer conditioning. And proper food. For the love of Robert the Bruce, they are still eating and drinking as if it’s 1979. But at least they had decent whisky at the Three Kings, which is more than we can say for sad, sad Buckie. Where a Wetherspoons would actually improve the dining (and certainly drinking!) scene.
We are staying at the Rosemount B&B in Buckie, which is fine. But looking forward to Aberdeen tomorrow, where we have an apart-hotel and can do laundry.
Autumn made an appearance like a drag queen at a dinner party. The wind pummeled and a rainbow appeared. 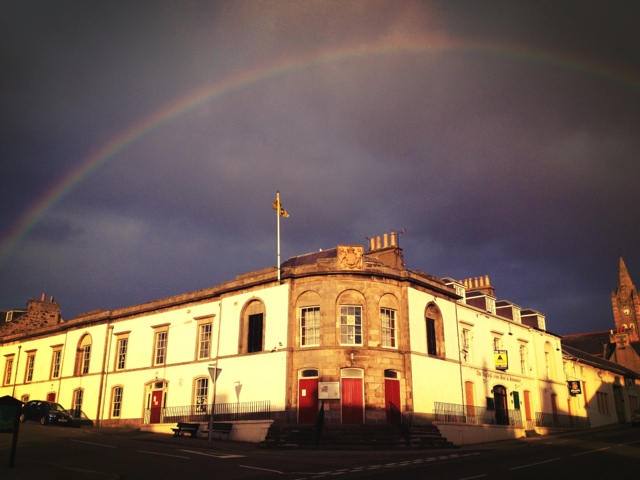 Oh, we’re done with the walk! 90 miles in 9 days. I could use a massage, Thai preferably. And a pedicure.
The feeling of reaching the end point is positively exhilarating, although I must say, I had conflicting feelings when we reached Spey Bay and we sat at the exact point where the River Spey meets the Moray Firth. 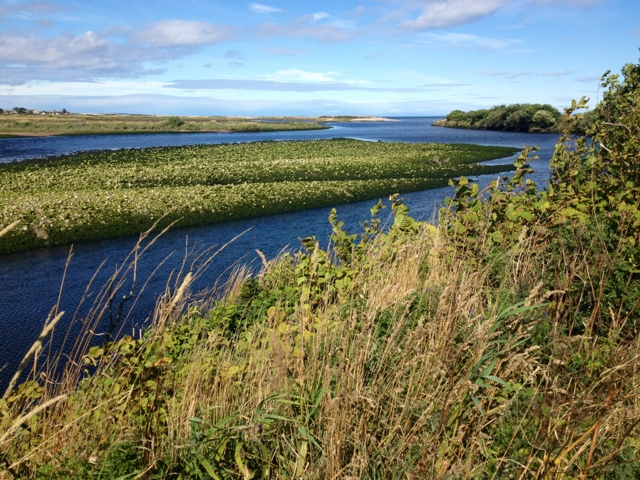 It was exciting to reach the end but, sitting by the mouth of the river that spiritually sustained us for the past week, I felt sadness. I am going to miss the process of walking from town to town and having a solid destination for each day. 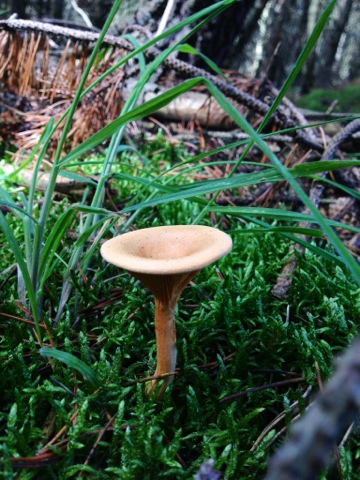 A long distance walk is something I have wanted to do for many years. The Speyside Way was the first I considered doing in earnest. It is of moderate length and of great intellectual interest due to its proximity to dozens of distilleries in Scotland’s whisky heartland. Wanting to do it and actually making it happen are two different things. 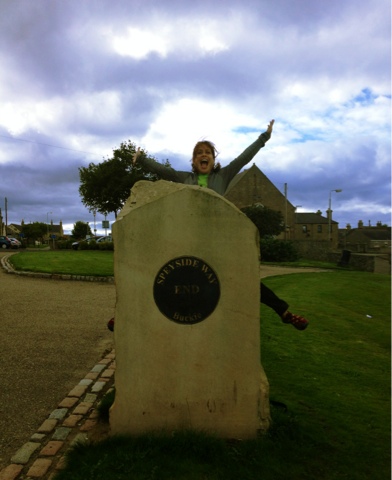 The Spey River feeds whisky. Every dram we drink from this region owes its life in some way to this energetic river, the fastest in Scotland. 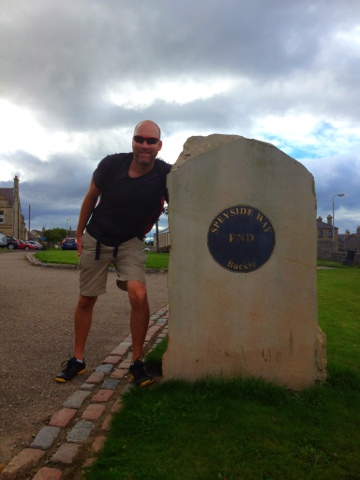 We leave this river now, but we won’t leave the whisky. A part of both are in our bodies and souls.
Tomorrow we go to Aberdeen, home of Brew Dog.
Tasting Notes:
Knockando 12 year old: bronze and leggy with pepper, nearing garlicky spice, throughout. Sweet marzipan interior balances the medium-strength body.
Linkwood 15, Gordon & McPhail bottling.  Copper. Honeyed nose. Gingerbread, and cinnamon. Grassy and good.
These two were both medium in body,  but very different in character. They went together well.