We want to be egalitarian travelers who like something about everywhere, but every so often a place stands out as a highlight. The Solomon Islands was one of those places. We divided our Solomon Islands trip into two distinct parts. The first was a visit to Tavenipupu, a private island resort. Tavenipupu was amazing. We slept in the same bungalow as William and Kate when they were here!

The second was a visit to Auki, Malaita and the Langa-Langa Lagoon.

We took an internal flight to Tavenipupu, and the local ferry to Auki from the capital Honiara. To get to Solomon Islands, we flew from Vanuatu.

The contrast between these two Melanesian archipelagos was greater than expected. Vanuatu is not touristy, but it did have a well-developed infrastructure compared with Solomon Islands.

There were tourists of all types in Vanuatu, lots of gap year students as well as expats. The Solomons, on the other hand, had neither big- nor small-budget travelers, but instead mostly foreign aide, NGO, and industry workers. Due perhaps to high turnover, there is not the expat community one might expect and there didn’t seem to be an expat “community.” There was one classic, and incidentally, excellent expat cafe in Honiara, the Lime Lounge.

Honiara, as well as Auki, have what can be called a frontier feel, with only preliminary infrastructure. 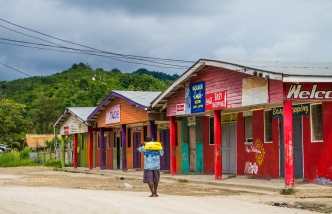 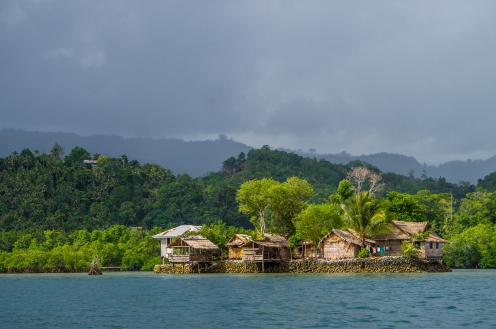 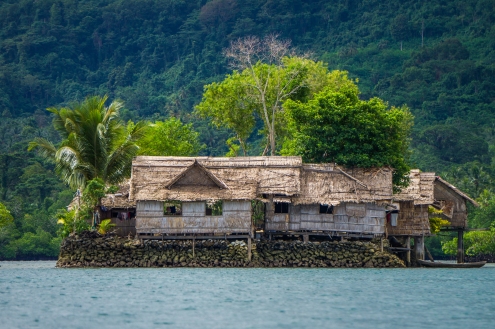 Few places are as isolated from the global market economy as the Langa Langa Lagoon. The Langa Langa Lagoon is a community built on small islands that were literally hand-made. The lagoon is shallow, and you can build an island yourself by piling up stones high enough. Families that had no access to the arable land on the main islands had to build their own islands stone by stone. Doing so also subverted the hierarchical clan system; the people who live on the lagoon were on the lowest rungs of the hierarchy. They still have no running water or direct power, and only a few have electric generators.

As if the engineering of the lagoon isn’t astounding enough, consider that the people in the Langa Langa Lagoon have their own financial system. Instead of Solomon Islands dollars, they use their own money made from shells. Shell money “minters,” collect specific types of shells and classify them according to their colors. The value of the money varies according to the rarity of the color, with red being the rarest. Locals refer to the red shell money as “our gold.” Shell money looks like elaborate beadwork, because the colored center of the shells are buffed into uniformly sized beads, and then strung together to form units of currency. Shell money is accepted at the main market in Auki, where people can use it to buy things like betel nut.

Traveling the Solomon Islands can be what some people might call challenging, which is one reason why there are many alarmist warnings being bandied about on the Internet. Another reason would be the civil unrest here several years ago, which seems to have subsided. Apparently also some people find the betel nut chewing, and spitting, an annoyance. But I didn’t find much of anything to get worked up about. Solomon Islands was peaceful and proved to be infinitely rewarding on an intellectual and emotional level…and I do intend to return. I am interested in the remote Rennell Island, and its UNESCO protected area of East Rennell.