This is not the first time I’ve ironically written about beer during Passover. This Passover, I would like to respond to this blog post published about beer in Israel. The author of this post had chosen to visit a culturally diverse cross-section of breweries, but only covers three of them, and therefore does not scratch the surface of the Israeli craft beer scene.

Josh Oakes has added to this discussion as well, as we were in Israel together exploring the beer scene. We visited every craft brewery in existence in Israel, attended a beer festival in a small town about an hour outside Tel Aviv, and met with local brewers and beer enthusiasts.

Israel’s brewing scene borrows from a variety of traditions, and seeks to create some of its own.  The country is home to between 30-40 craft breweries, depending on how you count.  There is a passionate scene in the country, and the do-it-yourself ethic has also resulted in a number of talented homebrewers, whose wares can sometimes be found at beer festivals around the country.

The Tel Aviv area is home to several breweries, including Dancing Camel, which is run by an expat New Yorker. While there, we had a fabulous tasting with some friends. Dancing Camel serves as a hub of Israeli beer culture, because any beer geek visiting Israel can to talk to the people here about what is going on in the rest of the country. The brewery makes mainly American beer styles, including the famous strong ale Golem, recently reformulated. We are also happy to report that Dancing Camel has opened a second location in the Florentin area of Tel Aviv.

In nearby Petach Tikva, Jem’s Beer Factory produces some of the most consistently solid brews in the country – the Brown Ale, Pilsner and Stout are all excellent.  At the many fun beer bars of Tel Aviv, also look out for HaDubim beers, many of which are IPAs showcasing hop varietals from around the world.

Israel’s kibbutzim and rural areas also have a number of worthwhile breweries.  Perched on a hilltop south of Haifa, Pavo has a stunning view.

North of Haifa, the Malka Brewery’s beers shine on tap, again with another amazing hilltop view.  The Blonde in particular explodes with coriander.

On a kibbutz near Nazareth, the Salara Brewery is another worthwhile stop on the Israel beer trail, and its renowned Smoked Stout is one of the country’s most sought-after beers. Golan Brewhouse is in the middle of wine country, and although has a corporate feel, is a large place in a nice region of the country. 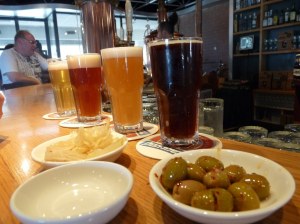 The casual traveler to Israel may not find craft beer to be immediately apparent. Digging beneath the surface is common in this ancient land, though, and this is no different when hunting for beer. 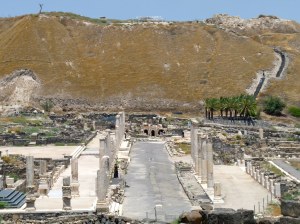 Do you know what’s brewing in Israel? Please share!

(Edited: If you want to learn more, be sure to check out this blog, a super resource on the craft beer scene in Israel. Cheers!)