It seems like just yesterday we wrote about the insanity that was 2013.

To create balance in the universe, 2014 has been THE YEAR OF STAYING PUT. At least by our standards. We visited the Canadian Rockies, Alaska, Hawaii, and Portland. And staying put has its own rewards: like spending time with family and reconnecting with old friends. Here’s a few of the highlights.

Spending the year in The James building.

The James is no ordinary strata. It’s a model community. We’ve been lucky to have been able to stay here for a year. It is one of the nicest places I have ever lived. This is the view from our roof.

Learning how to garden on a rooftop.

When I grew up, I had a mango tree and an orange tree. They took care of themselves. Learning how to garden for real has been a real eye opener and the yields have been tremendous. Thankfully, it is a communal garden, and many other people on the committee know what they are doing. Unfortunately, we missed many of the more fruitful harvests because we were traveling.

But, we did gather enough goodies to enjoy cooking things like coconut curry using only vegetables grown on the roof. 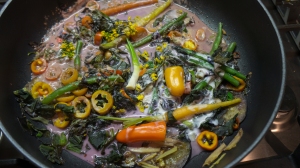 Whatever we couldn’t grow, we could buy at one of Vancouver’s farmer’s markets.

House Sitting on the Sunshine Coast

Josh’s parents live on the Sunshine Coast, an isolated stretch of the mainland accessible only by ferry. We spent a month house sitting and caring for their two cats.

For my July birthday, we decided to take a massive road trip from Vancouver to the Canadian Rockies and back. We saw dinosaur bones and drank lots of beer. We even went to the Calgary Stampede. You can read all about it on our blog.

Our trip included stops at Okanagan wineries and Crannog brewing. 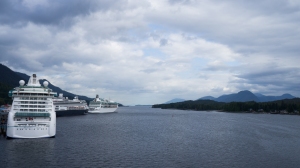 I still don’t like cruises or cruising, but I have an open mind and recognize the value of cruising as a mode of transportation to places that are otherwise difficult to reach, like small towns in Alaska. 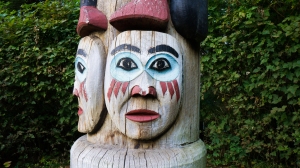 The best thing about Alaska were the isolated towns and contemplating how it is to live there all year round. Fascinating to see how people live in places like this:

Perhaps the biggest beer surprise of the year was Alaskan beer. 49th State was mind-blowingly awesome and they have a famous bus: 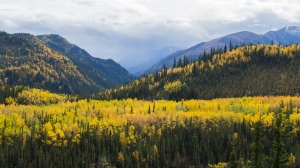 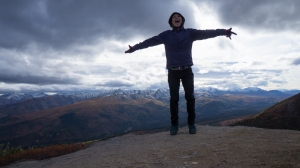 …is so what the fuck beautiful!

It was not cheap but worth every penny of this rare opportunity to see one of the world’s most influential bands in a 3D live show.

Hawaii! We’ve been all around the world, but never before Hawaii. We visited Maui, Big Island, Kauai, and Oahu and loved every volcanic minute.

We learned how convenient it is to take our bicycles on the Amtrak train, ride around tiny Bellingham to all its microbreweries, and then return the same day. On a separate trip, we hiked Baker (Kulshan), one of the most rewarding hikes in the area.

We’ve both been to Portland before but it had been years. My parents were there, so we took the Amtrak down and spent a week eating fun food, drinking superlative beers, and generally, flowering in the little utopia.

2014 was filled with happiness, and I am overflowing with gratitude for all we have. May 2015 bring you and yours the fulfillment of your dreams. Peace out!