For most people, Cambodia is Angkor Wat. 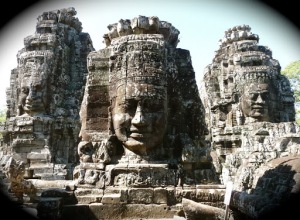 But the country has so much more to offer than that. The Khmer Rouge genocide happened during our lifetimes, making the Killing Fields every bit as poignant if not more than the sunrise over Angkor Wat. 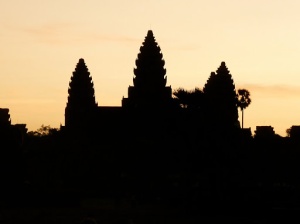 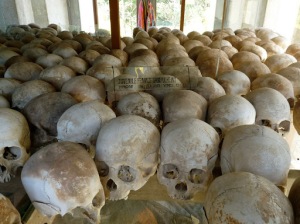 It’s impossible not to be impressed by the resilience of people who grew up without parents or grandparents. You could easily understand if Cambodia were filled with angry militants. But somehow peace has prevailed. 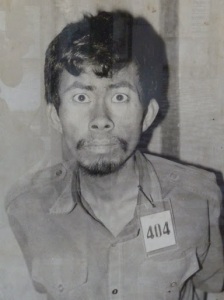 Most of the people in Cambodia speak English and are trying to be players in the global economy and community. These are dirt poor people who don’t have running water, but they manage to squeeze every ounce out of their education. Families depend on tourism and philanthropy for the very basic necessities. Even the village water pumps are donated by charities. If you go through the villages near Siem Reap (Angkor) you will see a sign on almost every water pump that says who donated it, and a flag representing their country. Many schools and orphanages bear the name of an NGO so that even the kids who are forced to sell trinkets to tourists can study and have greater opportunities than their parents. The international community is helping Cambodia get its feet back on the ground in formal and indirect ways both. Remarkably there is no resentment about it on the part of the Khmer people and no self-pity either. You will never mock Angelina Jolie again when you visit Cambodia.

Phnom Penh has a chill Bohemian vibe with killer colonial and Khmer traditional architecture. Residents are not destroying their city for a quick and easy buck. And almost all the vendors touting to tourists are totally cool. They don’t look at you like “You have money and I don’t so therefore YOU BUY NOW!” Even the tuk-tuk drivers are laid-back. What a contrast with Vietnam! In Cambodia I felt human again, my heart wide open. 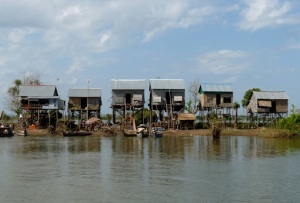