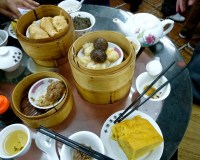 Just a quick note.  It’s the first day of 2010.  It’s our last night in Hong Kong. (Hong Kong rocks BTW). Tomorrow we go to China. It’s a funny procedure, because you cross the border on the subway system.  I’ve never heard of a subway that runs across a border before.  After customs, we’ll be in Shenzhen.  We don’t know much about it except it was a fishing village in 1979 and today it has 10 million people.  We won’t be staying long, as we have a few stops to make before flying out of Shanghai Jan 27. Just booked the flight from Shenzhen to Guilin on Jan 3 and will be in lovely karst land for at least a week.

China sometimes blocks blogging websites like this one.  We know they block Facebook, so that will not be updated. If we can update the blog, that will be our main means of communication until the 26th. Will set up the RSS to go through Facebook. If not, then we’ll be largely incommunicado until then.  Unfortunately, uploading pictures might be impossible with Flickr out. Wish us luck! 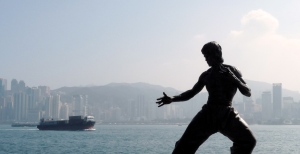