After the nervous energy of Day One burned off, Day Two seemed more sluggish AND we had to cover about twice the distance as Day One. 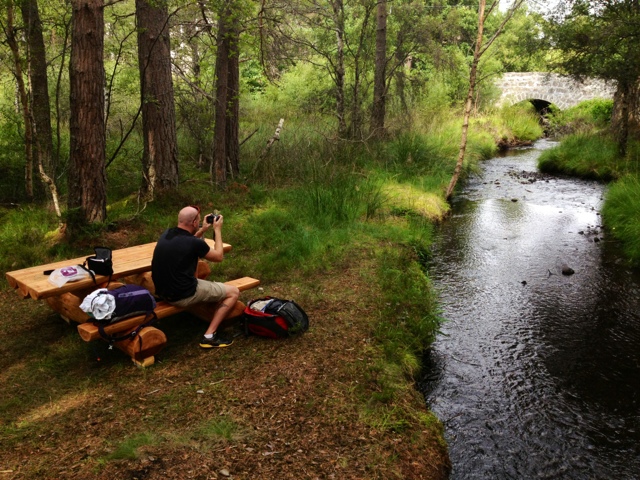 But there were a quite a few highlights today, not least of which was getting more up close to he river that makes this region special. 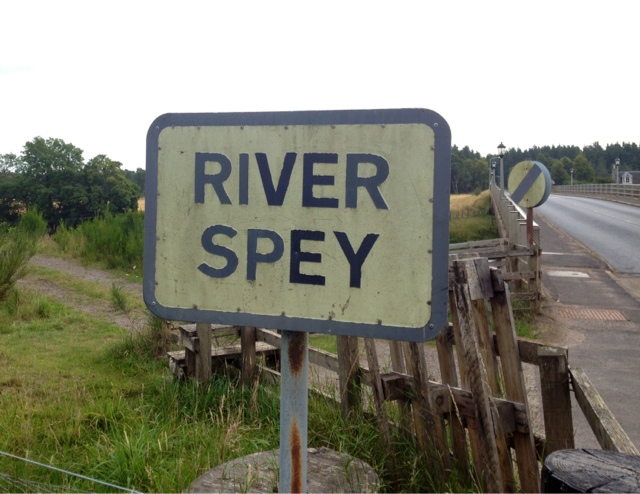 We continue to have lots of fungus among us: 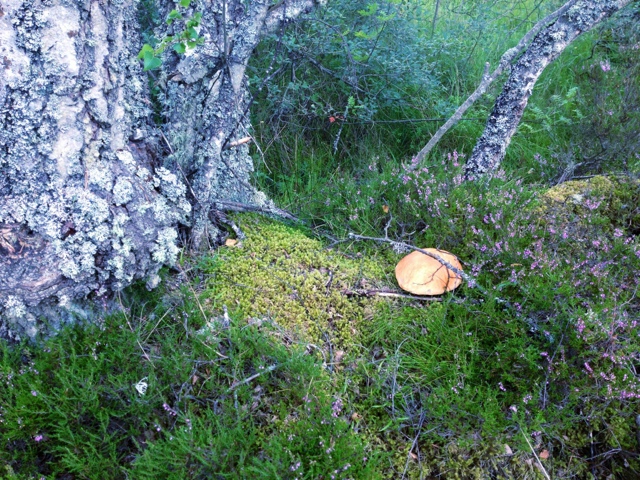 I have photographed dozens of different mushrooms on the Way and hope to know what they are and whether any can give me permagrin! Or at least become lunch. 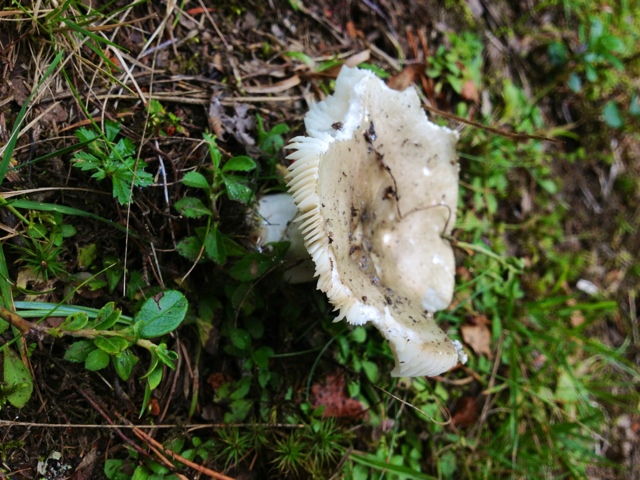 The Speyside area is known not just for whisky but also for salmon too. Flutist frontsman of Jethro Tull, Ian Anderson, owned a salmon business that took charge of every step of the process from fishing to smoking. He’s since sold his shares in the company, but it has been blessed by the Queen. Today we had the distinct honor of visiting the Spey Valley Smokehouse. 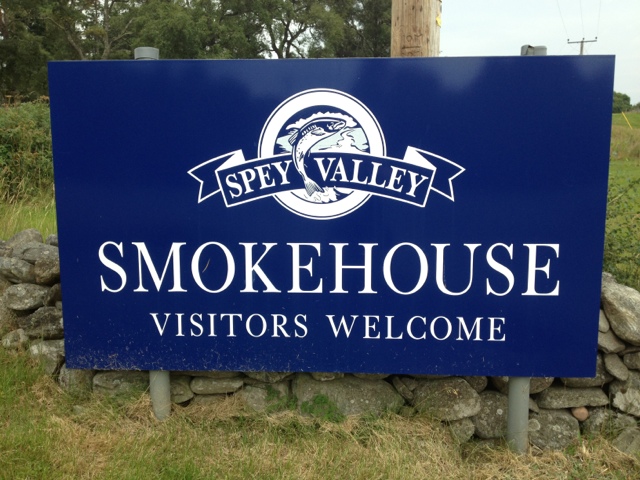 They’ve got a visitor center, but no one was prepping the salmon so all those glass windows into the production area were for naught. I then bought two packs of end cuts because they were just a few £ per packet. Lovely. 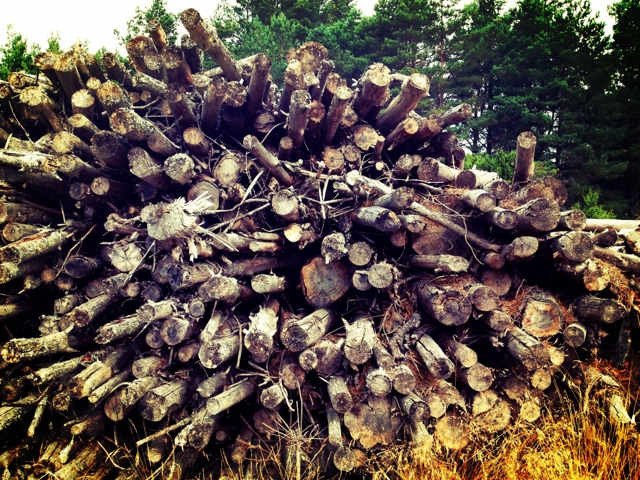 Our final destination was Grantown-on-Spey. We are in the Ardconnel B&B, another upscale guesthouse with comfy rooms, each named after a Speyside malt. We’re in the Glenfiddich suite. 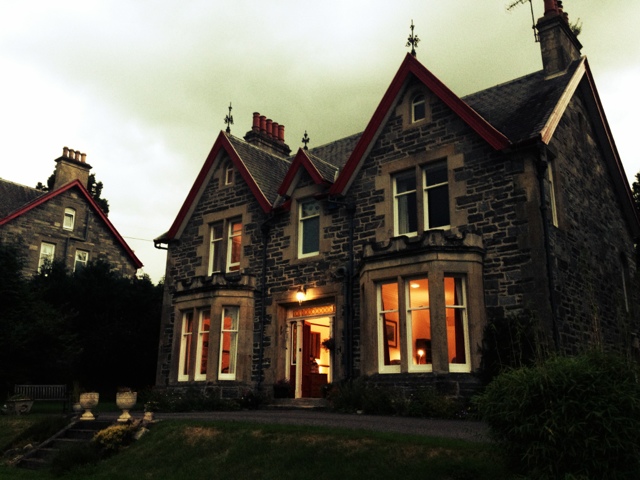 Dinner tonight was one of the only satisfying meals we’ve had in a Scottish pub. Simple but super pies made by the Conoisseur company. Mine was goat cheese, yam, and other veg; Josh was venison, bacon, Puy lentil. At normal prices (less than £8). Got stuffed real good. 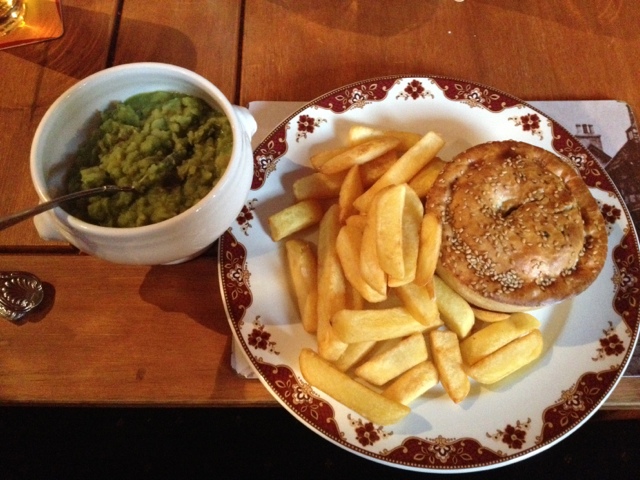 Unfortunately, finding a decent pint in this country continued to be a futile endeavor. Whisky remains the beverage of choice outside of the bigger cities. Tomorrow’s leg is reputed to be the most grueling and difficult to navigate. And the rains are here so we might get wet. Will we hate it or love it?