Skip to content
We spent about half of 2013 in the South Pacific, a good deal of the rest of it in the North Atlantic, and then a few months of autumn in coastal Italy. Such an itinerary bodes well for the seafood lover. 2013 was characterized by non-stop access to freshly plucked fruits de mer and still-twitching fishies prepared every way from raw, cured, and smoked to stewed, steamed, and chowdered.1. The dish of the year has to be poisson cru: a Polynesian raw fish preparation similar to ceviche but less acidic because it relies on coconut milk instead of citrus. We made a lot of it ourselves from fresh red tuna.
Embed from Getty Images

Speaking of raw seafood, we had a memorable chow-down in Kristiansand, Norway at the fish market. After spying a guy peeling and eating fresh raw shrimp at a market counter, we decided to do the same. It was the cheapest snack you can eat in Norway–cost all of 25 krone (less than $5) for a half-kilo, which was more than enough for the two of us to share with our $10 beers.

This post is starting to remind me of my grandfather’s joke about being on a seafood diet. You see food, you eat it. HA.

2. While staying on the island of Raiatea, we had a traditional Polynesian feast. An array of root vegetables are cooked low and slow in a hole in the ground, and then strong men (like Josh) lift the trays to the banquet table.

This was indeed one of 2013’s most memorable meals, consisting of two different types of poisson cru and over a dozen different dishes, several of which have a sweet soya sauce dimension as testimony to the Chinese influence felt in some island cooking.

After gorging, we napped in the sun and met some rays.

3. Malaysian is one of my number one favorite cuisines of all eternity. Laksa Down Under is not as good as it is in Malaysia, of course, but it can be decent. There were many had in both New Zealand and Australia. None were outrageously delicious, but all were satisfying in that way only laksa can be.

Because laksa is my favorite comfort food, I eat it every chance I get, and am always happy to find a bowl. Plus, no two laksas are created equal, making my quest for the best laksa fun to pursue this year.

We also went to a Malaysian restaurant in Sydney called Mamak that, true to its name, has no laksa. Their specialty is roti chennai. It is one of those fun places that gets crowded with hoards of foodies.

4. Josh’s Fijian Pepper Crab. Made from live mud crabs while we were living in the shipping container in Fiji. Josh estimates that it took about 5 hours to prepare this, including the time it took him to get the crabs at the market.

The hard work paid off, as it was one of the best crab dishes either of us has ever eaten.

5. Everyone should know that I am the pickiest eater of Thai food. I can’t say I’ve ever had good Thai outside Thailand. Until 2013. Chat Thai in Sydney earned a real Thai smile from Sunshine!

What really did it for me was their somtam. Most restaurants do not make it northern style with the smashed crabs. For me, somtam is nothing if it doesn’t have that crabby dimension from the depth of the sea. Not even the sticky rice on the side could tame the Thai grandma-level raw chili. Josh could not eat more than one bite of this. I was in pain and loving every minute.

6. Memorable doesn’t necessarily mean good. We had some of the worst meals of the year in Scotland, and those were as memorable as our best meals. First up was a plate of mussels. I rarely send back food, but this plate of shriveled up (or otherwise empty) mollusks sitting in white goop was inedible. They took it back without question, but the experience was generally indicative of the overall low standards for food in Alba. What’s really awful is that this town was right by the sea. There is no excuse for this!

We are talking about 2013, but much of Scottie’s food is beamed in from 1973. One pub served a piece of unseasoned fishy fish, boiled potatoes, and frozen vegetables. It cost a lot, too. Unfortunately, many rural Scottish towns are serviced by only one pub restaurant and no grocery.

7. For all the bad meals we ate in Scotland, we also had a few gems. Most of them involved pure raw ingredients like oyster and scallop, like these which we bought from the oystercatcher himself on the Isle of Skye near Talisker distillery.

We had a memorable meal at the venerable Anderson Pub, which has as good a kitchen as bar. We drank a ton, and don’t remember what we ate, only that it was delicious and on fire.

The Walker’s Shortbread factory is on the Speyside Way, and of course, we ambled in. We could not believe how homey and old-fashioned the store was, for a renowned product that bears the royal stamp of approval. We were pleased to find nothing too touristy or tarted up. They don’t seem to get many visitors at all, really.

Of course, we always eat well in Edinburgh, and both of us have a weakness for Oink! Oink is always memorable, but 2013 showed us that Glasgow has some surprisingly good Asian eats. For example, we found a memorable hole-in-the-wall called Banana Leaf specializing in Keralan food. It is rare to find decent non-Punjabi Indian food. This place was eminently authentic, down to the tinny bangra playing too loud on cheap speakers. A Malaysian joint also called Banana Leaf hooked us up with laksa in Glasgow.

8. 2013 is little late coming to the game and trying Kappacasein, London’s Borough Market’s famous grilled cheese, but it lived up to the hype. It is a solid sandwich that I could eat regularly.

After eating this, I had dessert at the oyster bar across from the Market Porter, also at the Borough Market. My oysters were plump and luscious. Look how large they are. I ordered 6 and they wouldn’t even fit on one plate. A perfect finisher.

9. The Craster smoked kipper bun! Driving in England en route to Scotland, we drove through Newcastle to Craster, and stopped by a food truck in an area known for its smoked kippers. My god. Even the Russians (our benchmark for smoked fish) would approve of this one. Easily one of the best smoked fish anything! And so simple–they know how tasty these are so they just grill em and put them on a buttered bun. Hello happiness!

10. Maltese food is unique, and the best thing by far that we ate there was octopus stewed in red wine at a restaurant called L’Artist in Sliema. I apologize for the photo quality, but you’ll have to trust me that this is a “must try” if you are in Malta.

11. We ate a lot of good food in Italy, including our first sampling of Genoese cuisine. Pesto is the name of the game in Genoa.

It is safe to say that half of our year’s most memorable meals were from the Boot. Generally the highlight for me on this trip to Italy was rediscovering what Roman cuisine has to offer. I really appreciated the rich “peasant food” approach, and especially my favorite Roman dish, carbonara and its cousin cacio e pepe, which could have easily tied with poisson cru for “dish of the year.” Its simplicity belies its intensity of flavor, derived almost exclusively from the cacio de Roma cheese.

We also experimented with a unique high end restaurant near Sorrento called Torre del Saracino in Vico Equense. It is a Michelin star restaurant, actually the first one Josh and I ate at together. The menu was creative and the chef’s approach was memorable. 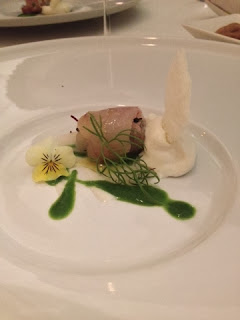 Unlike many Michelin restaurants, this one was seafood-focused. We had the chef’s taster menu, which combined some experimental with some traditional dishes. They were hit and miss, but mostly hit. 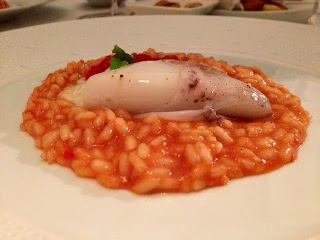 And of course, we ate pizza in Napoli and Sorrento. My personal favorite was Pizzeria Franco, a place so unpretentious, they give you plastic cutlery. Went back 3 times in a week. 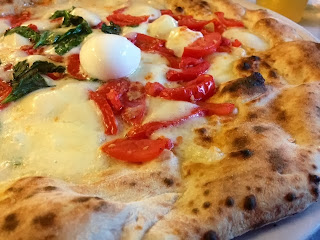 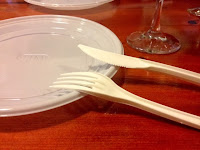 12. Gelato. I warned you I am the world’s pickiest eater of Thai food. You should also know that I am the world’s pickiest gelato eater. I rarely eat ice cream except when in Italy, and even then, if it’s not top-notch, I won’t eat it. De Coltelli earned my respect. There is one in Pisa and another in Lucca. However, my favorite gelato of all time remains Cremeria San Francesco in Bologna.

13. While at Tavenipupu on the Solomon Islands, we had an entire private island resort all to ourselves. It was just us and a few staff members, one of which was a French-trained chef. Josh is still talking about their potatoes whipped with brown butter. High praise from a man who claims to hate potatoes.

In 2014, we will be living in Vancouver, which is one of my favorite food cities in the universe! A visit to T&T Supermarket the other day made me realize how much I miss cooking and eating here.
What were your most memorable eats of 2013? We want to know!