Skip to content
I grew up in the tourist ghetto that is Miami Beach and have visited many others, from the Costa del Sol to Khao San Road. Qawra, Malta can now been added to my list. The haphazard construction of shoddy concrete apartment blocks mars much of the Mediterranean coast of this tiny southern European country.Outside of Qawra, Malta has its moments, and offers archaeology buffs a reason to visit. Its neolithic temples are megalithic, some of the oldest structures in the world. 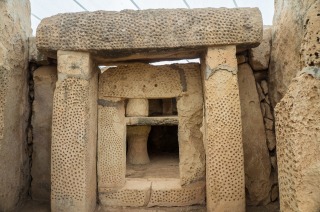 Many of Malta’s sites are UNESCO. It paid for us to purchase a Heritage Malta multi-pass for €35 per person. The pass allows access to almost all historic sites and museums managed by Heritage Malta, including the major archaeological marvels that predate the pyramids.

Malta’s closest neighbors include Sicily, Tunisia, and Libya. In spite of its strategic location, it appears Malta was never that important to the Roman Empire so there are almost no Roman or Carthaginian ruins to admire here. The main relic from Roman times is the Domus Romana, which is an impressive private Roman home with amazingly well-preserved mosaics. I was disappointed also not to find Phoenician ruins, even though Malta was a Phoenician colony and Maltese is a Phoenician (and therefore Semitic) language.

Fast forward more than a millennium. Malta was occupied by Sicilians, both Arabs and Christians. In the 16th century, Malta became an important battleground between Ottoman and the Catholic powers struggling to gain control of Europe.

The majority of Maltese heritage architecture is from the Renaissance and later. There is a distinct Maltese style, with a plethora of window boxes and fancy doorknobs. 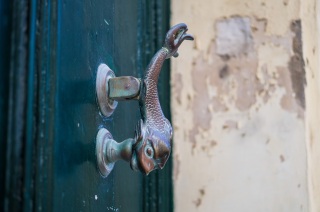 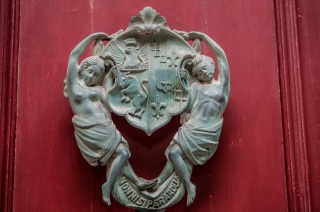 We rented an apartment in Qawra for ten days. For three of those days, we also rented a car to see some of the more out-of-the-way spots. Public buses are slow and never on time, but they can get you to most tourist sites.

We mainly cooked for ourselves in the apartment, with the limited ingredients available in Malta. All stores carry the same boring lot of mainly onions and potatoes. It was surprisingly difficult to find fish, leafy greens, fresh herbs, cheese, or olives.

However, we also ate out several times. The highlight by far was L’Artist restaurant in Sliema, where we had a memorably delicious octopus dish and fried rabbit (for Josh) with grilled vegetables and a bottle of Argentine Malbec.

Incidentally, Maltese wine is unexciting at best. We tried two and neither was worth repeating. The national beer of Malta is Cisk (pronounced Chisk); it is an average swill sold at good prices in nearly every bar including those on the sea.

A highlight of the trip was Gozo Island, with attractive land- and sea-scaping. Gozo has shunned the cheap real estate development trends that plague Malta’s mainland. 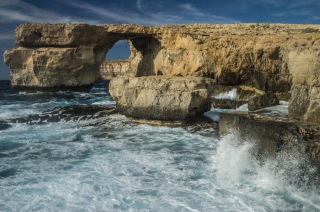 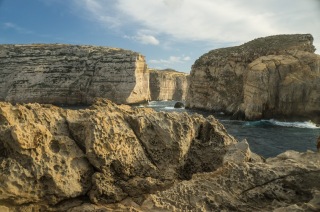 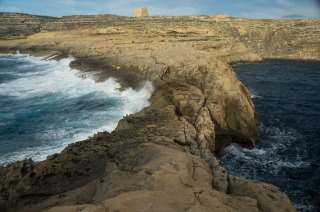 Malta is a favorite holiday destination for the British, who are in part to blame for the glut of tatty buildings (but we mainly blame the Maltese for tearing down their old buildings to make way for concrete!). Because of the British occupation during World War II, English and Maltese are both the country’s official languages. It’s by no means pristine but it’s an easy place to visit.